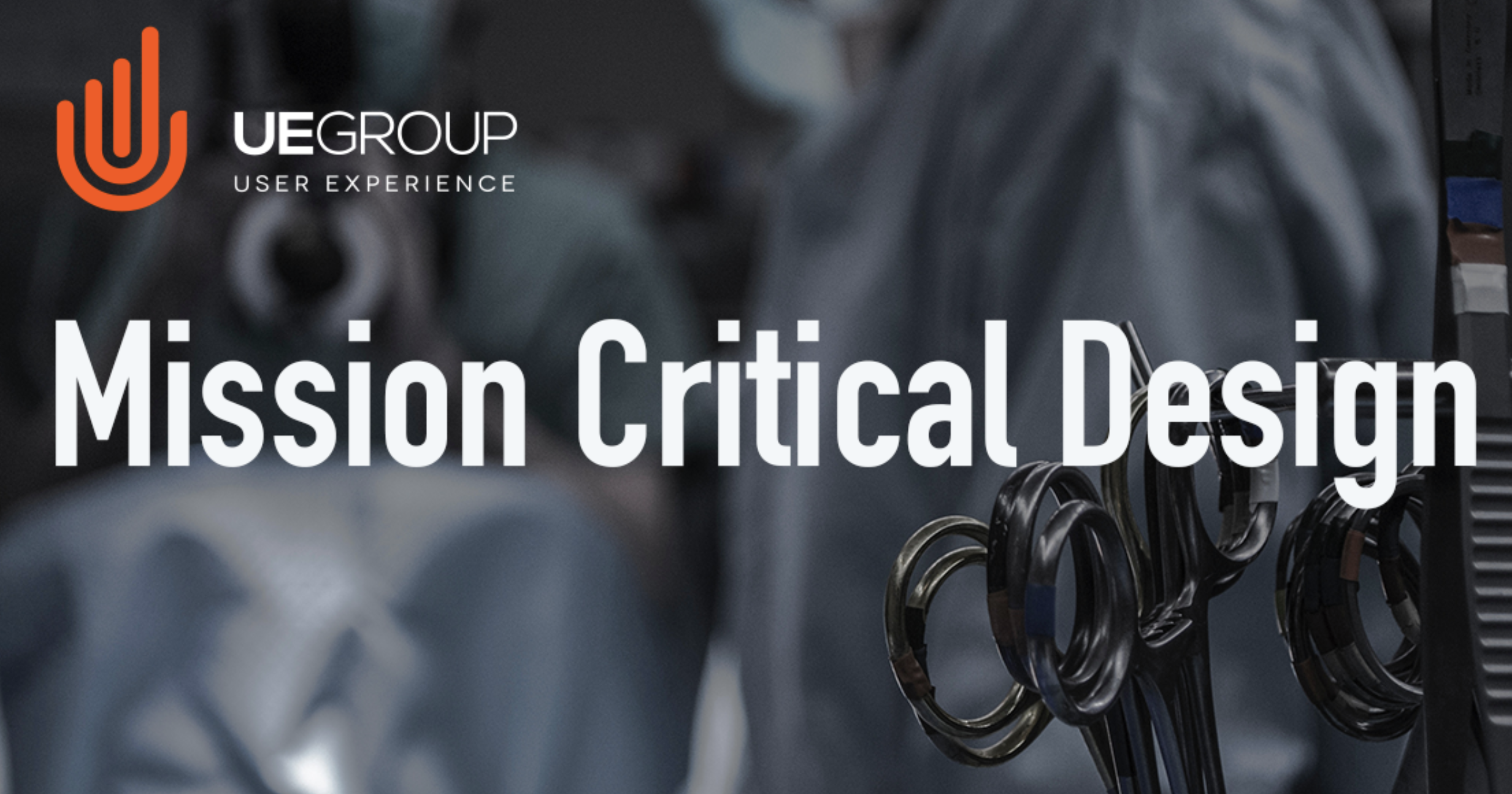 The speakers of this talk were three UX designers at the UE Group (a Silicon Valley firm specializing in UX design). They discussed their experience designing systems in critical environments such as hospitals. 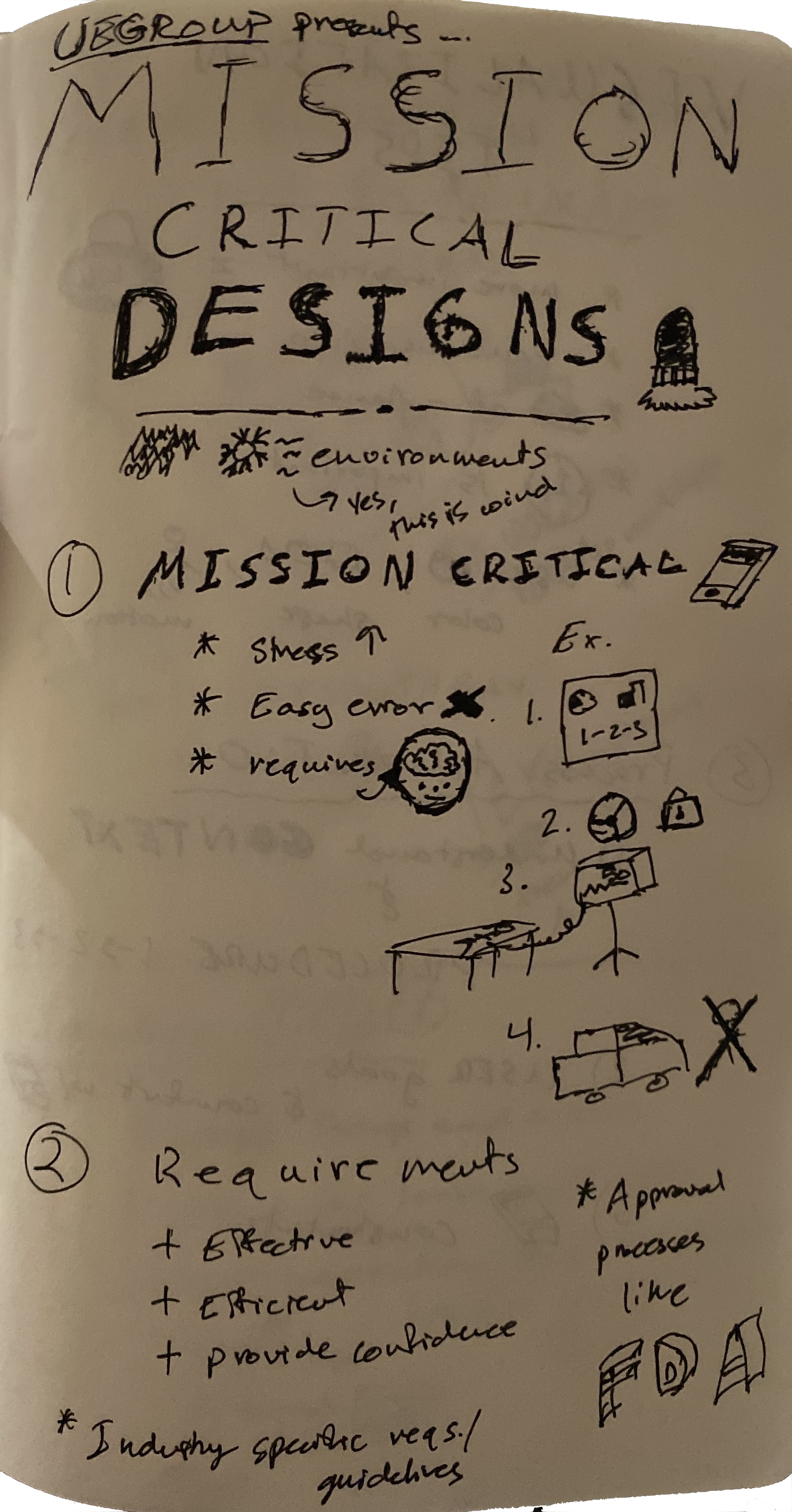 I was especially excited about this particular talk because it explored an area of UX design that was not focused on generic mobile/web application design. The talk began by defining what a mission critical system is and certain aspects that characterize it such as being high stress, a task where it is easy for a users to make errors, and requiring a significant amount of brain power. When discussing the requirements for these kind of systems, what I found most interesting was the speakers' emphasis on providing confidence to the user. Logically it makes sense that giving someone who is operating in a high stress situation an increased feeling confidence is important but I was intrigued by how that would actually manifest across different scenarios such as supporting a surgeon or helping a doctor reach a diagnosis. From a patient perspective this factor of confidence could also be assuring them that the medication they are taking is safe or devices they are using to manage their health are protecting personal information and will provide them with accurate metrics.

Another interesting aspect of this talk was about how to adapt the UX design process for these particular systems. The speakers emphasized understanding context and procedures involved in mission critical tasks as a large part of their jobs as UX designers. When reflecting on this, I believe that in situations like these, especially when designers are creating solutions that could result in life and death scenarios, the research phase is a significantly more important part than when designing other general consumer products. With most consumer products you can release an early version of the design and use user feedback over time to improve the product, but with mission critical systems I believe that there is a much higher onus to get it "right" before allowing the public to use it.

One final interesting thing I learned from this talk was testing the wrong thing with users and purposefully causing them to fail to learn how to improve the product. This method was used by creating prototypes that would intentionally lead participants into stressful scenarios and see how they would operate the system in case of a failure and provide feedback how to better equip users for all kinds of scenarios. One of the interesting dilemmas in this form of testing is the ethics of putting a participant through a stressful situation on purpose. Food for thought.

Back to design drills
Projects
Design Drills
About 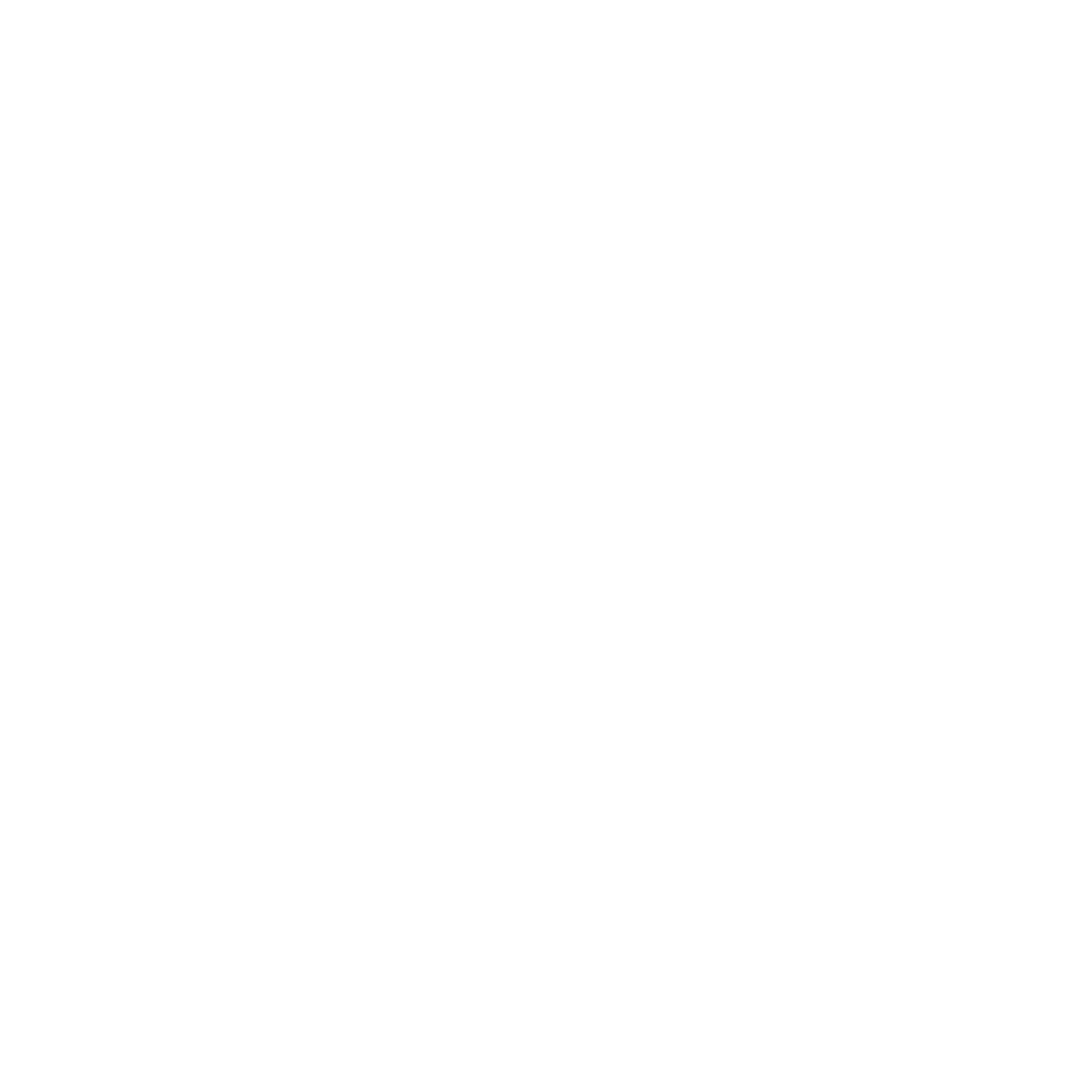